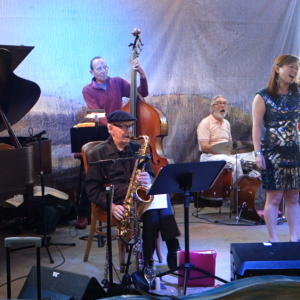 Saxophonist, clarinetist, composer, multi-instrumentalist Noel Jewkes is one of the godfathers of Bay Area jazz, universally respected for his musicality, integrity and versatility.

Noel began playing professionally at age 12 with his family's swing band in his home state of Utah, and has been active in the Bay Area for more than 35 years.