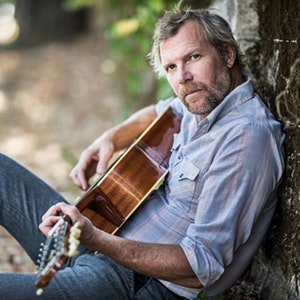 Tim Bluhm began his musical journey while studying at Chico State, where he co-founded the now-iconic Mother Hips, a group the San Francisco Chronicle has hailed as “one of the Bay Area’s most beloved live outfits.”

Performing at frat parties quickly gave way to club shows, regional touring, and national buzz, and before they’d graduated from school, Bluhm and his bandmates were signed to Rick Rubin’s American Recordings on the strength of their debut album, ‘Back To The Grotto.’

Over the ensuing two-and-a-half decades, Bluhm would release eight more studio albums with the band as they cemented their status as architects of a new breed of California soul and earned a reputation as festival and critical favorites, sharing bills with everyone from Johnny Cash and Wilco to Lucinda Williams and The Black Crowes along the way.

Rolling Stone called them “divinely inspired,” while Pitchfork praised their “rootsy mix of 70s rock and power pop,” and The New Yorker lauded their ability to “sing it sweet and play it dirty.”

As a solo artist Bluhm has released five solo albums. His latest is Sorta Surviving, recorded at Cash Cabin outside Nashville and released in 2019.