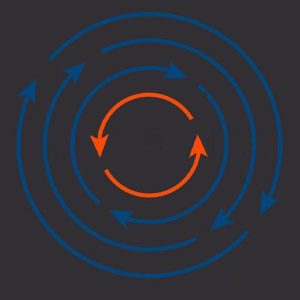 Shouting and shaming, lying and trolling: How did we ever learn to speak to one another the way we do now?

In matters political and cultural, public and private, on social media and in major newsrooms, it seems as though over the past few years a bizarre and frightening irrationality has taken hold of our discourse.

But what is irrationality, and what is that thing—reason—with which we oppose it?

The historical period known as the Enlightenment represented a triumph of reason over the dark forces of irrationality and superstition. And yet some of today's most ardent defenders of the Enlightenment’s legacy—from scientists to artists, from atheists to political theorists—express themselves in ways that often seem suited to zealots and dogmatists.

Reasoned political debate has been supplanted by trolling, with the occupants of some of the highest offices in the world reflecting and at times encouraging such discourse.

In this conversation at the very beginning of the century’s third decade, on the eve of Brexit and the first presidential primaries if one of America’s most important presidential elections, two experts in the history of modern science and philosophy will apply their work to the mad cacophony of the present moment.

How can the intellectual history of the past few centuries help us in our effort to reinvigorate reasoned political and cultural debate?

Join them at The Commonwealth Club for an evening that will celebrate and encourage the life of the mind and the power of thinking.

Justin E. H. Smith
University Professor of Philosophy, the University of Paris 7—Denis Diderot; 2019–20 John and Constance Birkelund Fellow, the Cullman Center for Scholars and Writers of the New York Public Library; Author, Irrationality: A History of the Dark Side of Reason

Jessica Riskin
Professor of History, Stanford University; Jean-Paul Gimon Director of the France-Stanford Center for Interdisciplinary Studies; Author, The Restless Clock: A History of the Centuries-Long Argument over What Makes Living Things Tick

Book (Irrationality: A History of the Dark Side of Reason) – $30