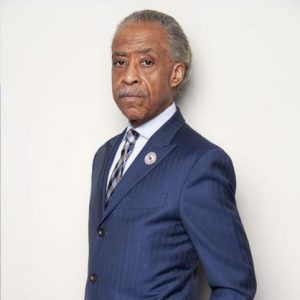 Al Sharpton discusses his new book, Rise Up: Confronting a Country at the Crossroads

Al Sharpton discusses his new book Rise Up: Confronting a Country at the Crossroads

The civil-rights leader will revisit the highlights of the Obama administration, the 2016 election, and Trump’s subsequent hold on the GOP, and share his decades-long experience with other key players in politics and activism, including Shirley Chisholm, Hillary Clinton, Dr. Martin Luther King Jr. and more.

His unique American journey has lead him to prominence as a preacher, politician, television and radio host, and civil-rights leader. His enduring ability and willingness to take on the political power structure makes him the preeminent voice for our era, a time unprecedented in its challenges.

Rise Up, Confronting a Country at the Crossroads begins with a foreword by Michael Eric Dyson and closes with Sharpton’s moving eulogy for George Floyd. Just released, Rise Up offers timeless lessons for anyone who’s stood at the crossroads of their personal or political life, weighing their choices of how to proceed.

Tickets:  Free with an optional donation