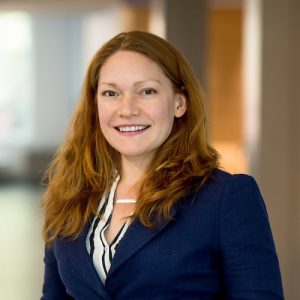 Author in conversation about her award-winning environmental history

Bathsheba Demuth and Pulitzer Prize-finalist Elizabeth Rush join us for a conversation about Floating Coast: An Environmental History of the Bering Strait (W.W. Norton).

“A brilliant hybrid.… Often reminiscent to me of Barry Lopez’s Arctic Dreams in its combination of rigorous research, intense looking and listening, and its clear ethical vision.” — Robert Macfarlane, author of Underland

Floating Coast is the first-ever comprehensive history of Beringia, the Arctic land and waters stretching from Russia to Canada. The unforgiving territories along the Bering Strait had long been home to humans—the Inupiat and Yupik in Alaska, and the Yupik and Chukchi in Russia—before American and European colonization.

Rapidly, these frigid lands and waters became the site of an ongoing experiment: How, under conditions of extreme scarcity, would modern ideologies of capitalism and communism control and manage the resources they craved?

Drawing on her own experience living with and interviewing indigenous people in the region, Bathsheba Demuth presents a profound tale of the dynamic changes and unforeseen consequences that human ambition has brought (and will continue to bring) to a finite planet.

Bathsheba Demuth is an environmental historian at Brown University, specializing in the United States and Russia, and in the history of energy and past climates. She has lived in and studied Arctic communities across Eurasia and North America.

Elizabeth Rush‘s journalism has appeared in the New York Times, the Washington Post, The Atlantic, The Guardian, Harper’s, Pacific Standard, and the New Republic, among others. She is the recipient of fellowships and grants including the Howard Foundation Fellowship, awarded by Brown University; the Andrew Mellon Foundation Fellowship for Pedagogical Innovation in the Humanities; the Metcalf Institute Fellowship; and the Science in Society Journalism Award from the National Association of Science Writers. She received her MFA in nonfiction from Southern New Hampshire University and her BA from Reed College. She lives in Rhode Island, where she teaches creative nonfiction at Brown University.