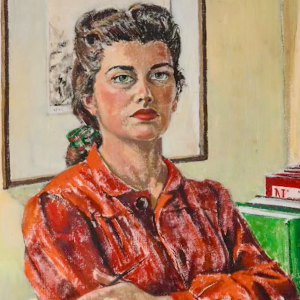 “I am a street watching the people walk as I listen to conversations glisten as they start to talk.”

This documentary-shorts program presents a collection of true-life tales from Bay Area directors about extraordinary individuals.

Harris Cohen’s Phyllis: A Self Portrait (US 2020, 10 min) is an inspirational portrait of Phyllis Thelen, a 93-year-old working artist and force of nature.  A long-time Marin treasure.

In 1977, Harris Cohen joined San Francisco CBS affiliate KPIX’s Programming Department, where Cohen was Producer and/or Director/Cameraman on a multitude of short form television documentaries for shows such as Evening, PM, and Hour Magazine. In 1983, Cohen founded the video production facility Magnetic Image in San Rafael, serving a variety of broadcast, cable, and corporate clients. At 83 years of age, he can look back on over 60 years in film or video production. Since 1983, this is the fifth short documentary film of Cohen’s to have been accepted by the Mill Valley Film Festival.

[Pictured: still shot from Phyllis: A Self Portrait (detail)]

This is a wonderful set of stories taking place in our own backyard.