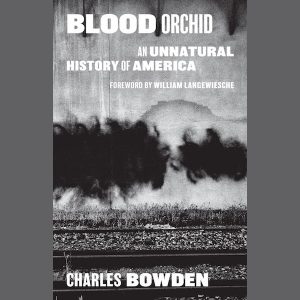 LOCAL>> An Unnatural History of America

A panel discussion on the work of Charles Bowden

Join the bookstore’s Stephen Sparks and a panel of writers for a discussion of the work of the late Charles Bowden, whose “Unnatural History of America“ series has just been published in full by the University of Texas Press.

For more on Charles Bowden, read this tribute on Aeon.

“Like the beasts and criminals he admired, Bowden was a complicated, contradictory creature. He loved dogs, dirt, wine, worms, Cadillacs, cacti. He held backyard parties to watch summer cereus flowers bloom at midnight, and owned scores of guns but was reluctant to shoot them lest they scare the birds.” — Wes Enzinna, Harper’s Magazine

Charles Bowden (1945-2014) was the author of many acclaimed books about the American Southwest and US-Mexico border issues, Bowden was a contributing editor for GQ, Harper’s, Esquire, and Mother Jones and also wrote for the New York Times Book Review, High Country News, and Aperture. His honors included a PEN First Amendment Award, Lannan Literary Award for Nonfiction, and the Sidney Hillman Award for outstanding journalism that fosters social and economic justice. He wrote The Red Caddy in 1994.