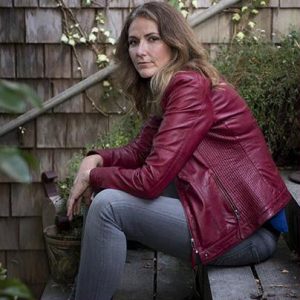 The only thing predictable about menopause is its unpredictability. Factor in widespread misinformation, a lack of research, and the culture of shame around women’s bodies, and it’s no wonder women are unsure what to expect during the menopause transition and beyond.

Menopause is not a disease–it’s a planned change, like puberty. And just like puberty, we should be educated on what’s to come years in advance, rather than the current practice of leaving people on their own with bothersome symptoms and too much conflicting information. Knowing what is happening, why, and what to do about it is both empowering and reassuring.

Filled with practical, reassuring information, this essential guide will revolutionize how women experience menopause–including how their lives can be even better for it!

Dr. Jen Gunter is an internationally bestselling author, obstetrician, and gynecologist with more than three decades of experience as a vulvar and vaginal diseases expert. Her New York Times and USA Today bestselling book, The Vagina Bible, has been translated into nineteen languages and The Guardian calls her “the world’s most famous–and outspoken–gynecologist.” The recipient of the 2020 NAMS Media Award from The North American Menopause Society, she is a columnist for The New York Times and the star of Jensplaining, a CBC video series that highlights the impact of medical misinformation on women. Dr. Gunter also appears in the Netflix series A User’s Guide to Cheating Death and her TED Talk reached one million views in its first month.