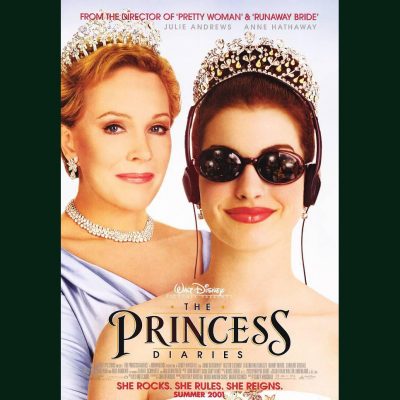 Movies in the Park – The Princess Diaries

Grab a blanket or your favorite lawn chair and some snacks for some fun-filled movie magic under the stars!

No Reservations Required. No capacity limits. No snacks available for purchase. Please be prepared to sign in upon arrival.

The Princess Diaries is a 2001 American coming-of-age comedy film produced by Walt Disney Pictures and directed by Garry Marshall. Based on Meg Cabot's 2000 young adult novel of the same name, the film was written by Gina Wendkos and stars Anne Hathaway and Julie Andrews, with a supporting cast consisting of Héctor Elizondo, Heather Matarazzo, Mandy Moore, Caroline Goodall and Robert Schwartzman.

The film follows Mia Thermopolis (Hathaway), a shy American teenager who learns she is heir to the throne of a European kingdom. Under the tutelage of her estranged grandmother (Andrews), the kingdom's reigning queen, Mia must decide whether to claim the throne she has inherited or renounce her title permanently.  –Wikipedia