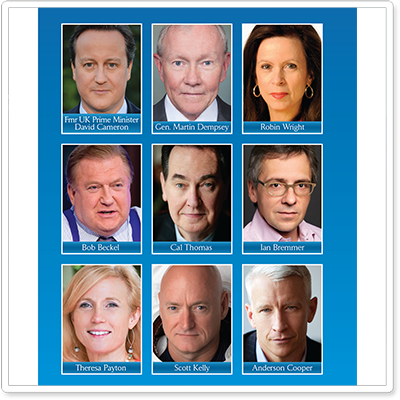 Speakers with extraordinary achievements and unique expertise in their field

The Marin Speaker Series is comprised of eight lectures in a season, from September to April.

The Marin Speaker Series is part of the largest community lecture series in the United States.

Speakers are chosen on the basis of their extraordinary (usually lifetime) achievements and unique expertise in their particular field.

The series is sold on a subscription basis only: $552 (Orchestra), $432 (Dress Circle). Tickets to individual events are not available.

8pm, Performances are 90 minutes with no intermission.