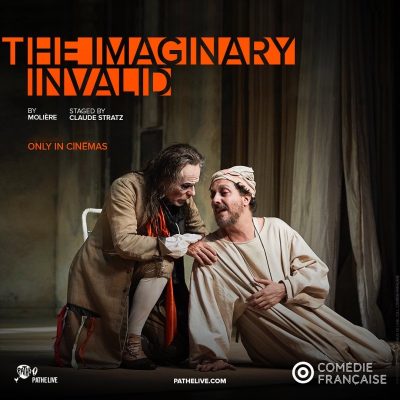 France's premiere theatre company, The Comédie Française (also known as The French National Theatre) returns to the Lark Theater with a sensational 2022 Season dedicated entirely to one of the world's most illustrious playwright, Moliére, in celebration of his 400th Anniversary!

Director: Claude Stratz
Cast: the Troupe and the actors of the Académie de la Comédie-Française
In French with English subtitles

Argan, a cantankerous hypochondriac obsessed by his ailments, is surrounded by a court of corrupt and ignorant doctors who take advantage of him.

A tyrannical father, he is set on marrying his daughter Angélique to the nephew of Monsieur Purgon, his faithful personal physician. However, she is in love with the young Cléante and resists his wishes, even if it means being sent to a convent.

The odious stepmother Béline further fuels the conflict. It takes the tenacity and wiles of the maid Toinette for the masks to fall.

Written when Molière was in a weakened state, his last play is nonetheless one of his most brilliant comedies – as if he had gathered all the resources of his genius to reach the summit of his art. A timeless classic!