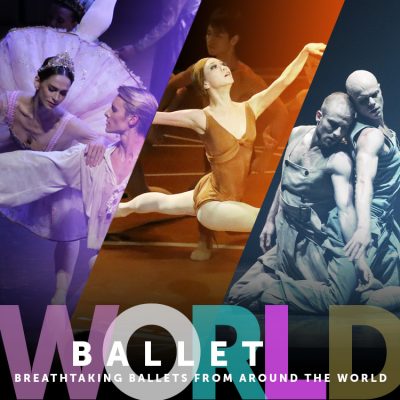 Breathtaking ballets from around the globe, captured LIVE onstage

From Italy to Japan, get front row seats to the best ballet productions around the globe.

In his rendering of the dreamiest, most sumptuous of ballets, perhaps the ballet par excellence, RUDOLF NUREYEV maintained the incredible purity of Petipa’s original choreography, just as he had learned it at the Kirov, but infused it with a fresh sense of theatrical drama and inner strength through remarkable variations and an articulated choreographic composition that reveals all of the characters’ psychological nuances.

Indeed, it was to La Scala in 1966 that Nureyev entrusted the debut of “his” Sleeping Beauty, and now, twelve years after its last performance, his masterpiece returns to the stage with the magnificent sets created by Oscar winner Franca Squarciapino at La Scala in 1993, and Felix Korobov conducting the extraordinary score by Tchaikovsky.

Maurice Béjart’s compelling staging of Beethoven’s Ninth Symphony has been enchanting audiences worldwide since its inception and its idea of universal brotherhood remains highly topical. “Alle Menschen werden Brüder” (All men will be brothers) is the powerful message communicated by the unforgettable music and choreography. From the stage of the NHK Hall in Tokyo 250 dancers and musicians send this message out into the world. “It is a ‘manifestation’, in the deepest sense of the word.” Maurice Béjart.

Three contemporary choreographers come together for a program that leads the Opera’s dancers to a new form of modernity where bodies vibrate with intensity.

Canada’s Crystal Pite returns with The Seasons’ Canon, a dazzling creation that thrilled audiences at the Palais Garnier last season.

Spain’s Iván Pérez occupies the stage of the Opera for the first time with a creation for ten male dancers.

To conclude the evening, Israel’s Hofesh Shechter, often lauded for his telluric, trance-evoking dances, offers a new version of his piece The Art of Not Looking Back.