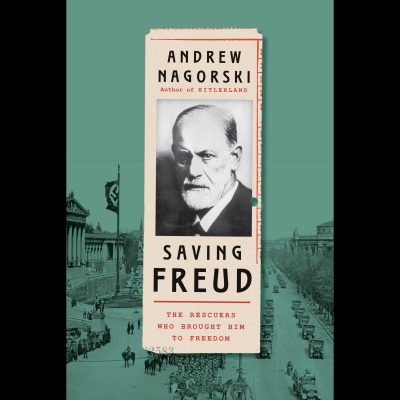 In March 1938, German soldiers, under Hitler's orders, crossed the border and absorbed Austria into the Third Reich.

Anticipating these events, many Jews had fled Austria, but the most famous Austrian Jew remained in Vienna, where he had lived since early childhood. Sigmund Freud was 81 years old, ill with cancer, and still unconvinced that his life was in danger.

But those close to Freud thought otherwise and began a coordinated effort to persuade Freud to leave Vienna before it was too late. The persuaders included Freud’s devoted youngest daughter Anna, his personal doctor, a Welsh physician, an American ambassador, and Napoleon’s great-grandniece.

Join us as Andrew Nagorski, author of Saving Freud: The Rescuers Who Brought Him to Freedom, shares how this remarkable collection of people succeeded in coaxing Freud out of his deep state of denial, allowing them both to extricate Freud and his family from Austria and to arrange for Freud to live out the remaining 16 months of his life in freedom in London.