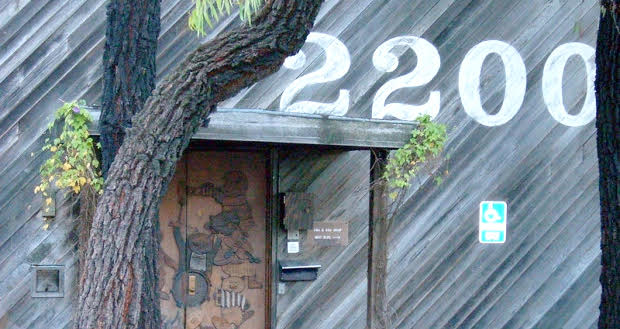 Marin County’s rich legacy as a haven for musicians is arguably one of the region’s best kept secrets. While some artists are unquestionably associated with the area – the Grateful Dead and Metallica are two…

Marin County’s rich legacy as a haven for musicians is arguably one of the region’s best kept secrets. While some artists are unquestionably associated with the area – the Grateful Dead and Metallica are two prime examples – they are not the only bands who have chosen Marin County as their base of operations.

Notable Marin residents of musical acclaim include Paul Kantner and Grace Slick from Jefferson Airplane, guitar maestro Carlos Santana, Metallica’s James Hetfield, and one-time Van Halen frontman Sammy Hagar. In addition to serving as a popular home for artists eager to remove themselves from the bustle of San Francisco proper, Marin has also served as the home for a number of notable recording studios.

The crown jewel of the lot was The Record Plant in Sausalito (now closed), but other operations in San Rafael, Bolinas, and beyond have also captured some truly incredible tunes over the years. In celebration of Marin County’s role in the recording industry, here are ten notable albums taped right here in our own backyard.

Speaking with Denver’s Westword, My Morning Jacket drummer Patrick Hallahan explained that the band’s 2015 album, “The Waterfall,” was the first to ever be recorded at the scenic Stinson Beach studio. As a popular jam band that had previously retreated to the Catskill Mountains and family farms to record new material, My Morning Jacket places high value in the atmosphere of where they make records. The appeal of Stinson Beach, for Hallahan, is in its quietness. “Because of where it is geographically,” he told Westword,” it’s kind of untouched by modern times.”
Play The Waterfall: YouTube / Spotify

Carrie Underwood – “Some Hearts” (2005)
Recorded at The Record Plant, Sausalito

Sausalito’s Record Plant has a fascinating history well worth researching. One thing some folks fail to realize is that the Plant’s output has steadily continued. Though the space is currently in operation as the Harmonia Wellness Center Social Club, the Recording Plant was utilized by a number of contemporary artists, including American idol winner Carrie Underwood. She recorded parts of her 2005 debut album, “Some Hearts” at the Plant. Upon its release, the record would go on to be the top selling album in the U.S. in 2006 and led Underwood to win a Grammy for “Best New Artist.”
Play Some Hearts: YouTube / Spotify

This trio of beloved country rockers also decided the quiet and natural beauty of West Marin would serve as a natural bedfellow to the creation of their second record together. Made back in 1994, mundane battles with labels and overlapping tour schedules caused the album to be delayed until 1997. When it was finally released, it would win the Grammy for “Best Country Collaboration with Vocals.” If you haven’t heard Parton, Harris, and Ronstadt combine to cover Neil Young’s “After the Gold Rush,” your ears are in for a treat.
Play Trio II: Spotify

Not a ton is known about The Site, a somewhat ominous sounding studio secluded in the wilds of Nicasio. The lack of information is entirely intentional, as the removed, scenic atmosphere offered by the location is unquestionably one of its chief appeals. For grunge act Pearl Jam, that’s just what was needed following the whirlwind success of their debut release. The gambit worked: upon coming out, “Vs.” sat at number one on the Billboard 200 chart for five weeks. Unfortunately, lead singer Eddie Vedder was apparently not a fan of the local vibes, as a quote he gave to Rolling Stone at the time makes clear. “I’ve had a hard time,” he noted. “How do you make a rock record here?”
Play Vs.: YouTube / Spotify

The career of pop and R&B icon Mariah Carey can be traced, to an extent, to Marin County. There, at San Rafael’s Tarpan Studios, she worked with Narada Michael Walden to take demos of songs the two had made in New York into something more viably commercial. The ensuing album, “Mariah Carey” would eventually be certified nine-times platinum. It would also serve as an announcement to the world that the one and only Mariah Carey had arrived. Christmas would never be the same.
Play Mariah Carey: YouTube / Spotify

The Grateful Dead – “In the Dark” (1987)
Recorded at Marin Veterans’ Hall, San Rafael

In order to break a six-year recording hiatus, Marin locals The Grateful Dead decided to rent out Marin Veterans’ Memorial Auditorium in San Rafael, to replicate the experience of playing live in a darkened theater (thus “In the Dark”). Consisting of songs that the group had played since the early 80s, the sessions took place over a week in January 1987. The album would go on to reach No. 6 on the Billboard 200 chart, netting the band the only top ten release of their career.
Play In The Dark: YouTube / Spotify

Producer Narada Michael Walden has brought some incredible talents to his studio in San Rafael. Of that long list of names, however, few can compare with the queen of soul herself. When Walden worked with Aretha Franklin to create 1986’s “Aretha” – the legendary singer’s thirty-first studio album – they struck gold. Subsequent single “I Knew You Were Waiting (For Me)” would become Franklin’s first number one pop single since 1967’s “Respect” and unfortunately, her last. “Aretha” is also notable for featuring the last work of artist Andy Warhol prior to his death: a portrait of the singer which graces the cover.
Play Aretha: YouTube

In February 1976, the members of Fleetwood Mac gathered in Sausalito to record an album they originally planned to call “Yesterday’s Gone” but the dysfunctional dynamic of the group instead led to what is widely considered to be the band’s greatest work. According to one the Plant’s owners, the group would often wait until evening to arrive, where they would then proceed to “have a big feast, party till 1 or 2 in the morning, and then when they were so whacked-out they couldn’t do anything, they’d start recording.” Regardless, the results are hard to argue.
Play Rumours: YouTube / Spotify

Stevie Wonder – “Songs in the Key of Life” (1976)
Recorded at The Record Plant, Sausalito

Winner of the “Album of the Year” Grammy in 1977 and widely regarded as one of the best records ever made, “Songs in the Key of Life” was made, in part, in Marin. Again, the setting was Sausalito’s Record Plant, where Wonder recorded some of the album. While the majority of his work took place down south at Hollywood’s Crystal Sounds, Sausalito and the Record Plant will forever be associated with one of the most important works of music composed in the twentieth century.
Play Songs in the Key of Life: YouTube / Spotify

Sons of Champlin – “Minus Seeds and Stems” (1969)
Recorded at The Church, San Anselmo

Marin County’s Sons of Champlin are an integral part of the Bay Area’s rock and roll legacy, but this is actually a rather obscure album the collects performances by the band at San Francisco’s Winterland with studio recordings. The latter were made at The Church, a formerly dilapidated church in San Anselmo, now a private residence.
Play Minus Seeds and Stems: YouTube