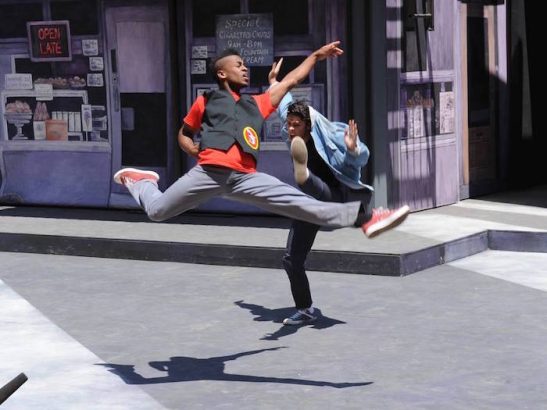 Some things never change. Marinites have been flocking to farmers' markets for summer produce. San Franciscans have been escaping the fog by coming to Marin for hiking, biking, and surfing. Yet, Summer 2021 has been…

Some things never change. Marinites have been flocking to farmers’ markets for summer produce. San Franciscans have been escaping the fog by coming to Marin for hiking, biking, and surfing. Yet, Summer 2021 has been a little different. This year, local towns closed their streets and sidewalks for outdoor dining. Sausalito didn’t have an art fair. And, the outdoor theaters were quiet. Cushing Memorial Amphitheater didn’t host a Mountain Play production, and Forest Meadows Amphitheater did not have performances by Marin Shakespeare Company. COVID restrictions, construction projects, and global warming canceled our go-to outdoor theater outings.

Don’t panic. These organizations weren’t lost to COVID-19. Instead, Marin’s beloved summer theater companies are up to some exciting things.

Marin’s Mountain Play requires more planning than your average theater production’s auditions, casting, rehearsal, and lead time for marketing. Mountain Play’s natural amphitheater on magnificent Mt. Tamalpais, means climate change impacts their theater season planning. Park rules and public safety concerns have made production timelines limited and more challenging. Now, producers have a sliver of time determined by the park service — after the rainy season and before fire season — to create and perform the Mountain Play. This shrinking window has led the organization to get creative.

“The Mountain Play has always wanted to diversify its programming. For many years, we’ve talked about doing other things in addition to our Mountain event in May and June,” Eileen Grady, executive director and artistic producer, explained.

Given the shrinking window between seasons, the Mountain Play is getting creative by partnering with the Ross Valley Players to rent the Barn for a production of Camelot, which Zoe Swenson Graham will direct with Philip Harris as music director.

In the midst of all of this it was very validating to see the world flock to the arts for their mental health. And I hope the world remembers artists when we all come out of this.
– Eileen Grady, executive director/artistic producer, Mountain Play

Grady said, “We are super excited about this production of Camelot. It’s a lovely version with all the wonderful music and only eight people, rather than needing a full cast. We are looking forward to having fun in the safest way.”

The Mountain Play, established in 1913, shares a long history of partnership with Ross Valley Players. In fact, Grady is currently on the Ross Alternative Works reading committee. She also volunteers to help produce new works. In 2019, Mountain Play did a production of She Loves Me, and had planned to do a second show before COVID hit.

COVID affected the performers as well. The Mountain Play has always been a community theater with professional standards. Many of the performers who are community theater players have day jobs. But for the ones who are professional actors, many of whom teach, their livelihoods have been severely limited. It is hard on actors and even administrators to watch the industry get labeled as non-essential, and to be last on plans to re-open. It’s been a real challenge, which forced online galas and performances. It has been a challenging time for Mountain Play, especially with no earned revenue coming in. The theater company received donations to keep going.

“Yet, in the midst of all of this,” Grady says, “it was very validating to see the world flock to the arts for their mental health. And I hope the world remembers artists when we all come out of this. I’d like to say a big thank you to the public. We want to stick around for another hundred years to inspire the change we all want to see in the world. We want to keep telling stories and we are excited that the public wants to keep doing it with us.”

Lesley Currier, co-founder and managing director of Marin Shakespeare Company, is ready to bring back live performances safely. They decided not to put on a play this summer at Forest Meadows Amphitheater at the Dominican University of California with all the challenges and shifting concerns. With renovations completed during the spring and summer, they’re now eager to share the new space with an audience.

In the meantime, Currier is excited about the return of their drama therapy-inspired prison programs, which shine a light on the importance of the arts in our lives for creating real change as we look at the world through the lens of social justice. The theater is a potent tool for healing, in prisons, in particular. Pre-pandemic, Marin Shakespeare developed Shakespeare in Prison and Drama for Re-Entry, which reached 14 State Prisons throughout California and Alameda Juvenile Hall. During the pandemic, prison programming became a casualty of COVID. Since late June, Marin Shakespeare is going back to in-person programs at San Quentin and expects to start back in all 14 of the prisons by August.

A drama therapist helped create a curriculum emphasizing tools for developing self-reflection, self-expression, and emotional intelligence. Group exercises offer opportunities to participate in conflict resolution, build trust and focus on the positive. Then they engage with Shakespeare.

Currier added, “We explore questions like: Why did Macbeth decide to commit this murder, even though he told us all the reasons why it is a bad idea. How does that murder affect him and his wife afterward? How does a group of people get together and decide to murder Julius Caesar? There are so many themes in Shakespeare, loyalty, disloyalty, love, the lack of love, the desire for love, forgiving others, forgiving ourselves. We explore these themes in a way that gives us some distance. We don’t ask anyone questions about why the members of the class chose to commit a crime. But when we talk about Macbeth, it resonates.”

Currier missed facilitating prisoners’ personal growth and change during the pandemic. She knows individuals who have dropped out of gangs, pursued higher education, grown closer to their families. They’ve chosen creativity and love rather than violence and retribution. Through Shakespeare, she’s seen prisoners learn to recognize, and even live with, ambiguity and see many different sides of an issue with maturity and understanding.

The first event Marin Shakespeare will perform at Forest Meadows is Welcome Back to Forest Meadows. They will share the history of the location, thoughts about their future, and a selection of comedy and improv as well as audience interaction. The goal is to present a pleasant path back to the theater that can be enjoyed outdoors under the stars while anticipating the promise of real theater to come. A new theater is also in the works on Fourth Street in San Rafael.