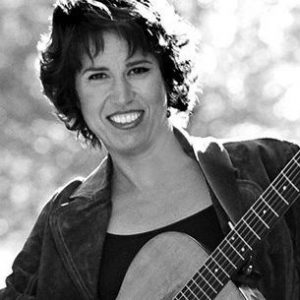 Described as having the soul of a rocker and the heart of a folk troubadour, Amy Wigton is a dynamic and passionate local singer/songwriter who lights up the stage with songs that are raw, honest, sassy and playful.

Blending Blues, Soul, Rock, Americana and Folk, Amy performs an eclectic collection of originals, fresh covers as well as songs from her “Mostly Joni” show that features the beloved songs by Joni Mitchell. Joining Amy this evening are Robin Hildebrant on Bass, Dave Tavel on Drums, Dallis Craft on keyboards/vocals and Rita Thies on Saxophone and Flute.

Amy’s diverse musical influences span genres from Folk to Soul. She was inspired by artists such as Joni Mitchell, Cat Stevens, James Taylor, Bonnie Raitt as well as listening to the popular Detroit radio station CKLW which was the home and birthplace of Motown. All of these influences blend together to make her a unique & soulful singer/songwriter.

She has shared the stage with such artists as Grammy Award Winner Marc Cohn, Jefferson Starship, Norton Buffalo, Loudon Wainwright III, Dave Mason, Jesse Colin Young, The Waybacks, Ramblin’ Jack Elliott. Most recently she was a member of the King/James band that featured the songs of Carole King & James Taylor.