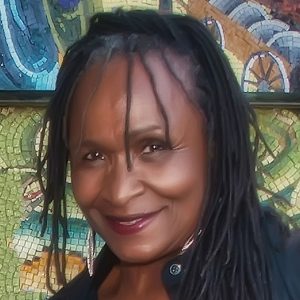 The youngest of 12 children, her early years were spent in the fertile musical climate of rural Louisiana surrounded by a family of teachers and ministers who sang together as a way of life. Her special gifts were first recognized at age five when she won a church talent show. Annie has continued to electrify, move and delight audiences ever since.

Annie Sampson’s unique approach to song – whether a blues, a rock tune, a country & western ballad or a modem folk classic, was honed in her youth by singing in Bay Area church and school choirs.

After landing a principal part in the hit musical Hair at the American Conservatory Theater in San Francisco, she left the show when the popular rock group Stoneground recruited her to become lead singer for a series of national and international tours, and with four Warner Brothers albums they played the gamut of venues across every major American and European city and campus.

$12 – tickets are available by phone, or at the door