Anthony B - with Sol Horizon 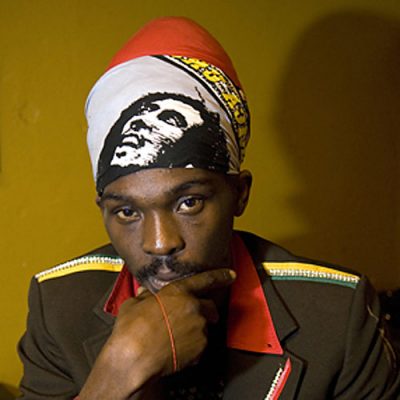 Anthony B (born Keith Blair) is the living personification of Afrikan consciousness in Reggae. His single “Nah vote again” was a major factor in making the Jamaican elections of Thursday, December 18 1997, the most peaceful one since the insidious cancer of gun violence was introduced in West and Central Kingston, prior to the elections of 1967.

Like his hero, Peter Tosh, the most revolutionary of the Wailing Wailers, he is an uncompromising Pan Afrikanist, in the tradition of Marcus Mosiah Garvey, Jamaica’s first national hero and the founder and leader of the largest Afrikan organization ever, the Universal Negro Improvement Association and Afrikan Communities League, U.N.I.A. and A.C.L.

The traditional route of most Afrikan singers is via the church and Anthony B is no exception. Growing up in Clarks Town in the parish of Trelawny (a parish noted for the heroic Afrikan freedom fighters, the Maroons, who defeated the English military), his Revivalist grandmother and Seventh Day Adventist mother, immersed him in the singing, call and response and clapping mechanics of rural Jamaica. In this rural environment that Afrikan culture is best found and preserved in Jamaica, not Kingston nor urban St. Andrew.

Voted “Best World/Reggae band” in the North Bay, Sol Horizon seamlessly fuses roots reggae with rock, funk, world and electronic dance. Anchored by veteran musicians (including former members of Groundation and Les Claypool’s Frog Brigade) Sol is renowned for energetic live performances and their lyrical content, which centers on on themes of peace, community, sustainability and the re-vitalizing power of nature.