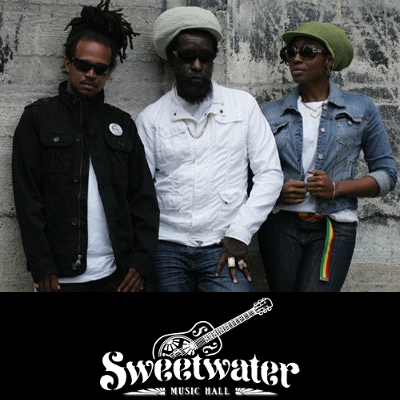 The roots of BLACK UHURU were formed in Kingston Jamaica’s Waterhouse district also known as “Firehouse” in the early 60′s. Though considered to be one of Jamaica’s toughest neighborhoods it’s home to several other reggae singers and musicians. It was where Duckie Simpson grew up and learned to sing from boyhood friends Winston “Pipe” Matthews and Lloyd “Bread” McDonald of Wailing Souls and Bob Marley.

The original Uhuru’s (Swahili for freedom) were Derrick “Duckie” Simpson, Euvin “Don Carlos” Spencer and Rudolph “Garth” Dennis. They only recorded a few singles “Folk Songs” “Time Is On Our Side” and “Slow Coach” before separating.

Through various changes in members through the 70s, 80s, 90s and 00s, BLACK UHURU’s long success has allowed them to become ambassadors of reggae while earning several achievements in the music industry. With 14 full length albums, 7 instrumental dub albums, and 4 live albums they have the highest record sales in reggae music behind Bob Marley. Aside from winning the first reggae grammy they have been nominated 5 more times.

Through it all there was always Derrick “Duckie” Simpson. Much respect to a legendary figure for Reggae Music. The group is presently working on releasing a new album soon to come.

IrieFuse is a collection of long-time friends and fresh talent, homegrown in the hills of Marin County, California. Performing as IrieFuse since early 2013, they successfully toured the US West Coast and held the #1 spot on the local music charts. They are currently the backing band for international reggae artist Ras Indio.

The grooves of IrieFuse are influenced by bands such as Sublime, Rebelution, Iration, Tribal Seeds, Fortunate Youth and of course, the reggae legends Bob Marley, Peter Tosh and more. Their debut EP, Sun is Rising, released July 26, 2013 and is available now. 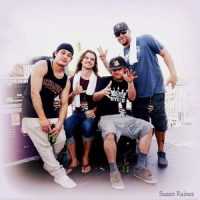