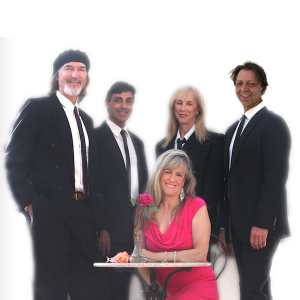 BLONDIVA is a tribute to the New Wave/Punk Rock pioneers of the late 70’s, BLONDIE.

Based in the San Francisco Bay Area, Blondiva’s mission is to replicate as closely as possible the experience of seeing Blondie and its stars, Debbie Harry and Chris Stein, in their 70’s-90’s heyday.

Blondiva puts on a high-energy, theatrical performance bound to please all who grew up with and loved Blondie. Blondiva was conceived and developed by lead vocalist Florence McLaughlin and bassist Janet Furman, both lifelong Blondie fans.

There are few artists as unique as David Bowie.

Every single album served as a reinvention or himself, as well as an innovation of musical creation and executi…on. Not to be outdone by his own recordings, Bowie also takes his material and reinvents it again depending on what he was doing musically in any given decade. For example, “Fame” morphed from the disco seventies to the big, layered sound of the eighties to the industrial noise of the nineties.

How does one even begin to pay musical tribute to an ever-changing artist?

San Francisco-based Rebel Rebel seek to tackle such a task with their own brand of fearless experimentation and reckless abandon. With Rebel Rebel, the emphasis is on adventure and feeling over simply recreating a song.

You know the songs. You’ve loved them for years…
But you’ve never heard them this way. 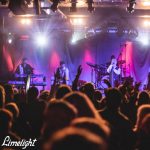