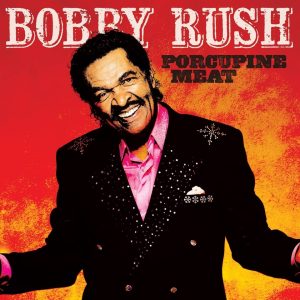 Bobby Rush is an 85-year-old Grammy winning and legendary R&B, Soul, Funk, and Blues artist with the energy and performance style like he’s in his prime.

Rolling Stone magazine calls Bobby Rush “The King of the Chitlin’ Circuit” for his constant touring and vibrant live show on a circuit that has been home to Jimi Hendrix, B.B. King, James Brown, and other black entertainers.

As a result, the Blues Music Awards named him B.B. King Entertainer of the Year for 2014. Again in 2018 he received another nomination for the same award, giving him 47 career nominations with 12 wins.

The album debuted at #1 on Living Blues radio chart, #5 on Billboard Blues, and #3 on iTunes Blues charts. Last year, the album won a Grammy Award and shot up to #1 on Amazon Blues, #2 on iTunes Blues, and major features including Variety and The New York Times.