California Rocks! Photographers Who Made The Scene, 1960-1980 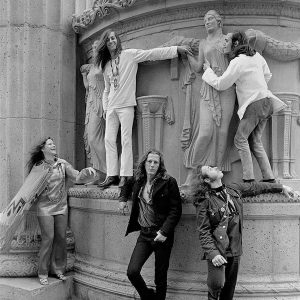 Sonoma Valley Museum of Art is pleased to present California Rocks! Photographers Who Made The Scene, 1960-1980, the first museum exhibition that celebrates the role that photographers and the images they created play in the history of West Coast rock ‘n’ roll culture.

More than 60 photographs in the exhibition capture not only the rock scene in California, but also the social and cultural landscape of the Golden State during rock’s heyday.

Curated by author and former San Francisco Chronicle music critic Joel Selvin, the exhibition examines the photographers who “shot,” and also “made” the scene of California rock ‘n’ roll photography in the 1960s and ’70s. “These photos are so great, you can see the music. And there will be a lot of famous people on the walls, but the real star is California,” said Selvin.

The exhibition features the top photographers of this genre, including Beth Sunflower Bagby, Joel Bernstein, Henry Diltz, Herb Greene, Suki Hill, Jim Marshall, Baron Wolman, Michael Zagaris, and more. Remarkable photographs reveal the magic and mystic of the first 20 years of California’s rock ‘n’ roll scene. Selvin is a great choice for curating this exhibit due to his deep knowledge of the subject matter from years of chronicling the music scene here in the Bay Area. Drawing largely from deep collections of local scenesters Rick Swig and Nion McEvoy, this is a not-to-be-missed display.

An amazing array of images, California Rocks! evokes the sound and scene of the times. Join us to celebrate California not only as a spectral force in rock ‘n’ roll but also an irresistible destination for musicians around the world.