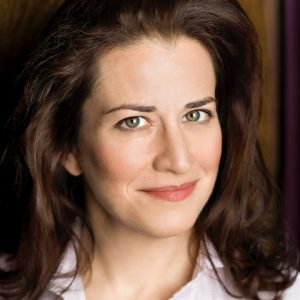 According to a London review after the first performance: “Nothing is talked of … but Haydn’s Cantata … so exquisitely captivating in its larmoyant passages, that it touched and dissolved the audience.”

They will also spin a web of French seduction with Debussy’s 3 chansons de Bilitis and draw you into the oddly charming world of Peter Warlock.

The afternoon promises an array of songs styles from fun, to deeply moving, to transcendent, all with complete vocal mastery.  Wine will be served and a reception will follow the recital.

Noted for her radiant, crystalline voice and superb musicianship, soprano Christine Brandes brings her committed artistry to a repertoire ranging from 17th century to newly composed works, performing at many of the world’s most distinguished festivals and concert series in programs spanning from recitals and chamber music to oratorio and opera.

The Sausalito Song Society is proud to foster a love of art song and cabaret through innovative and original programming. Concerts throughout the season will include everything from song premieres to multi-media.

Plenty of Parking on premises.

Plenty of Parking on premises.