Presented by Flow The Group at Unity In Marin, Novato CA 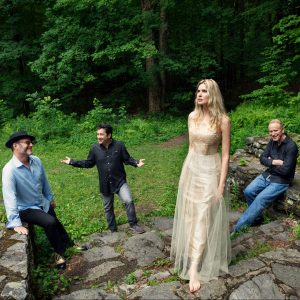 This May, FLOW tours for the first time in support of their self-titled, critically acclaimed debut album of the same name, released by LMB Music.

Recent winners of the Independent Music Awards, the group spent two months at #1 on the ZMR Top 100 Radio Airplay Chart, have appeared on Nationally-syndicated PRI Radio Show Echoes, and earned multiple “Best of 2017” Honors. They debuted live to a sold-out crowd at Carnegie’s Weill Hall, and are nominated for Album of the Year at the 14th Annual Zone Music Awards at Roussel Hall in New Orleans this May, where they will also perform.

FLOW’s eponymous debut was recorded at Imaginary Road Studios in Southern Vermont, the longtime creative studio of Will Ackerman, founder of the legendary Windham Hill label. Windham Hill became a catalyst for a global musical phenomenon, driven by its bountiful legacy of best-selling instrumental solo works (George Winston, Liz Story, Alex DeGrassi, Michael Hedges) and Grammy-winning ensembles (Shadowfax). The artists concur they are pleased to continue that tradition in a modern way.