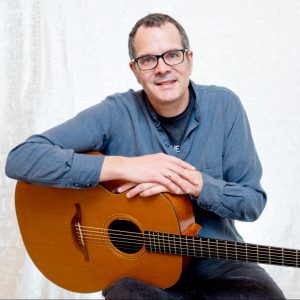 With wide-ranging influences that span the globe, acoustic guitar masters Teja Gerken and Matthew Montfort dazzle audiences with solo and duet performances that include Celtic, Indian, classical, jazz, folk, and even the occasional pop tune.

Matthew Montfort is the leader of the world music ensemble Ancient Future. Featured in the December 2009 commemorative Les Paul issue of Guitar Player Magazine, Montfort is a pioneer among guitarists who have had their fretboards scalloped in order to play various forms of world music that require intricate note-bending ornaments while still being able to play chords.

Montfort immersed himself in an intensive study with vina master K.S. Subramanian in order to fully apply the South Indian gamaka (note-bending) techniques to the guitar. He is also known for his work on Glissentar (11 string fretless guitar), electric guitar, flamenco guitar, sitar, charango, mandolin, and gamelan.

He has performed concerts worldwide, from the Festival Internacional de la Guitarra on the golden coast of Spain to the Festival of India in Mumbai. He has worked with many world music legends, including tabla phenomenon Zakir Hussain and Chinese zither master Zhao Hui. Montfort wrote the book Ancient Traditions – Future Possibilities: Rhythmic Training Through the Traditions of Africa, Bali, and India, which has been used by many musicians to improve their rhythm skills.

German-born Teja Gerken is a contemporary steel-string fingerstyle guitarist whose playing merges the styles of European guitar pioneers such as John Renbourn and Pierre Bensusan with the distinct sounds of American players such as Leo Kottke and Micheal Hedges. Known for his original compositions, many of which employ alternate tunings, two-handed tapping, percussive effects, and other extended guitar techniques, Teja will also bring Celtic, jazz, and classical styles to the Global Guitars show.

No cover charge, but a $10-20 donation strongly encouraged 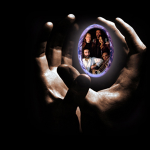