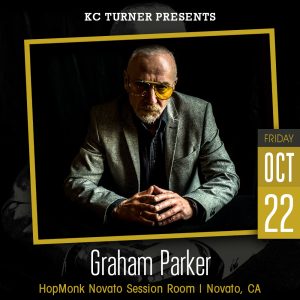 In the spring of 1975, Graham Parker, a 24-year-old petrol pump attendant from Surrey, England, began to drive up to London to meet like-minded musicians and get a backing band behind his songs, which he now considered to be stronger and more interesting than anything he was hearing on the radio.

Parker secured a major record deal with Phonogram records after manager and studio owner Dave Robinson got a tape of a Parker demo to Charlie Gillett who hosted an eclectic Radio London show named Honky Tonk. As soon as the song had had its airing, Nigel Grainge from Phonogram called Gillett insisting he wanted to sign Parker right away.

Parker and the Rumour’s first album “Howlin’ Wind” was recorded in London in late 1975 and released in April 1976 to widespread critical acclaim. This was followed in the same year by “Heat Treatment” and a hit EP, “The Pink Parker,” released on pink vinyl.

The band played a handful of small venues starting in late ‘75 before opening for the hit band Ace (“How Long”) on a concert tour. Within a year they were headlining concert hall tours in the UK themselves and toured America twice, driving around in a station wagon and picking up gigs wherever Dave Robinson could find them.

They made their last album together, “The Up Escalator,” with Nicky Hopkins and Danny Federici replacing Bob Andrews on piano and organ respectively. Schwarz and Bodnar worked often with Parker on both recordings and onstage during the ‘80’s most significantly on the successful “The Mona Lisa’s Sister” in 1988.

Parker has continued to release albums regularly on a variety of labels, and in May 2011, Parker called the Rumour members out of the blue to work with him once again on a new album that would be their first together in over 30 years. The new album, “Three Chords Good,” was recorded in July of that year and released in October 2012 and tours of both America, the United Kingdom and Europe followed.

A new Graham Parker and the Rumour album has now been recorded at the famous RAK studios. “Mystery Glue” was released worldwide by Universal Records in May 2015 on the obscure ’70’s Universal owned label, Cadet Concept, a former imprint of the famous Chess Records.

Parker has been touring in 2017 as a duo with Rumour guitarist Brinsley Schwarz and recently had a new song, “Love Comes,” placed in the Judd Apatow produced and directed HBO show “Crashing.”

Out of an abundance of caution and for the continued safety of our guests, staff and musicians, we will now require Proof of Full Vaccination, or a Negative Covid Test taken 48 hours or less prior to the show. 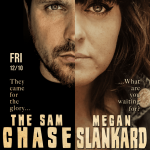 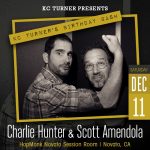 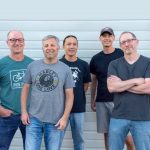 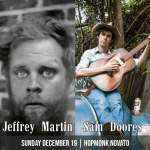 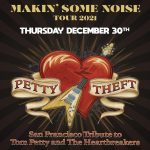