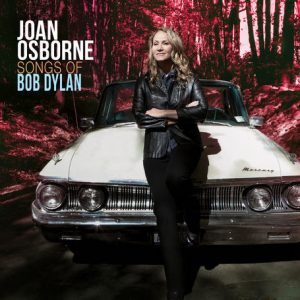 On Songs of Bob Dylan, Joan Osborne unleashes her sizable gifts as a vocalist and interpreter upon The Bard’s celebrated canon.

With performances honed by the time Osborne spent polishing them during “Joan Osborne Sings The Songs Of Bob Dylan” — two critically acclaimed two-week residencies she performed at New York City’s Café Carlyle in March 2016 and 2017, the seven-time Grammy-nominated, multi-platinum-selling singer and songwriter, whom The New York Times has called “a fiercely intelligent, no-nonsense singer,” winds her supple, soulful voice around Dylan’s poetic, evocative lyrics, etching gleaming new facets in them along the way.

And what does Osborne think Dylan himself would think of her album? “Well, I would hope that he wouldn’t get pissed at me,” she says with a laugh. “I don’t think so. I mean, why write a song? He just released his third album of standards, so he must understand that a song desires to be sung, no matter who wrote it. It continues to live only if people sing it.”