John McCormick – Up from the Skies 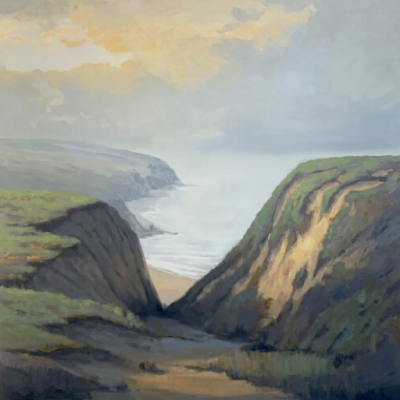 How does a contemporary artist describe shifting daylight while projecting the sense of vast scale and towering elevations?

In his fifth solo exhibition of new landscape paintings at the Kim Eagles-Smith Gallery, John McCormick does just that. The Larkspur based artist continues his exploration of color, scale, and composition, within the tradition of American Landscape painting.

For McCormick, landscape painting has never been about documentation of the natural world, but rather a cultural construct that creates a dialogue with generations of painters working within the landscape tradition, while injecting contemporary interpretations of his own.

In this exhibition, McCormick acknowledges early Twentieth Century Tonal painters of the Carmel school such as, Francis McComas and Granville Redmond, by exploring their fascination with early evening and twilight color saturation, but on a larger scale.

He also contemplates the landscape as a pattern language of geometrical order focusing on the interplay of light, shadow, and texture, as an organizing process. The geometry of nature becomes apparent from ground level as well as up above where the distance from below offers the viewer a feeling of imagined flight or suspension.

John McCormick was born in 1950 in Minneapolis. His father, also a painter gave him his earliest artistic training. He later studied painting at the University of Minnesota as Well as the University of the Pacific before establishing a studio in Marin County. John McCormick continues to exhibit in California as well as galleries throughout the United States. 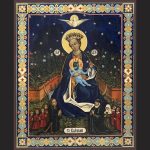