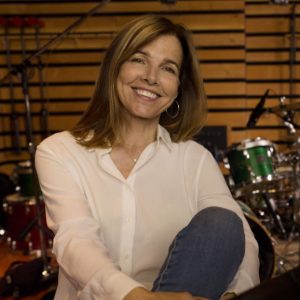 Singer-songwriter with soulful and poetic narratives

On Hike Up Your Socks, San Francisco based singer-songwriter Liz Kennedy’s latest full length album of soulful and poetic narratives, Kennedy finds fresh ways to define rootsy – including bringing in legendary bluesman Taj Mahal who plays harmonica on the front porch ballad “Love Gave Me Away” and contributes his inimitable vocals and banjo to the buoyant opener “Everyone Knows How It Goes.”

“This album is more rootsy than anything I’ve done before in two ways,” she says. “First, there’s the overall acoustic sound of the instruments, incorporating rock and blues elements, coupled with the fact that I’m digging deeper into my own folk music roots as a kid of the 60’s.”

After graduating from Stanford University, where she studied anthropology, journalism and communications, she settled in the Bay Area, where she worked for film companies that made TV commercials for many years. In her later 40s, around the time she began realizing she had “songs in my head” that had never been recorded, she met producer Joel Jaffe, who liked what he heard and encouraged her to take her work as a singer/songwriter more seriously.

In addition to her growing catalog of recordings, she has performed over the years at such renowned Bay Area hotspots as the Razz Room, the Throckmorton, Doc’s Lab and Angelicas.