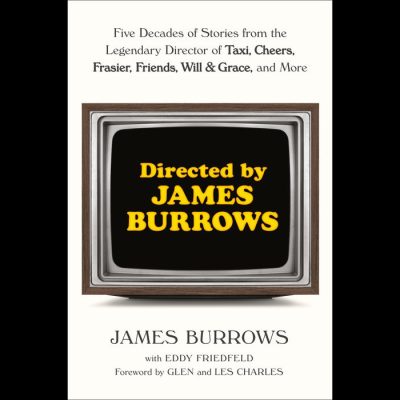 Iconic TV sitcom director in conversation about his new memoir

In conversation with Michelle Meow and John Zipperer

It would be difficult to overstate the influence on American television of director James Burrows.

Co-creator of Cheers, he also directed 237 of the long-running show’s 275 episodes.

He directed every episode of Will & Grace, the groundbreaking show that turned gay characters and storylines into must-see TV.

His sitcom work all began with an episode of another pathbreaking series, The Mary Tyler Moore Show in the early 1970s. Altogether, he has directed more than 1,000 episodes of American comedy television.

In his new memoir, Directed by James Burrows, he’s sharing stories from his legendary career working on the most successful and influential sitcoms of the past half century.

Join us for this online program to hear how James Burrows shaped popular, high-quality comedy TV in America.