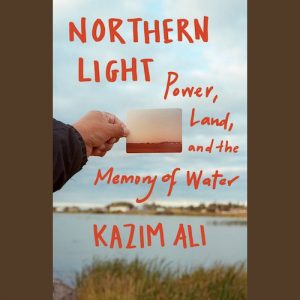 About Northern Light
The child of South Asian migrants, Kazim Ali was born in London, lived as a child in the cities and small towns of Manitoba, and made a life in the United States. As a queer, Muslim man passing through disparate homes, he has never felt he belonged to a place.

And yet, one day, the celebrated poet and essayist finds himself thinking of the boreal forests and lush waterways of Jenpeg, a community thrown up around the building of a hydroelectric dam on the Nelson River, where he once lived for several years as a child. Does the town still exist, he wonders? Is the dam still operational?

When Ali goes searching, however, he finds not news of Jenpeg, but of the local Pimicikamak community. Facing environmental destruction and broken promises from the Canadian government, they have evicted Manitoba’s electric utility from the dam on Cross Lake. In a place where water is an integral part of social and cultural life, the community demands accountability for the harm that the utility has caused.

Troubled, Ali returns north, looking to understand his place in this story and eager to listen. Over the course of a week, he participates in community life, speaks with Elders and community members, and learns about the politics of the dam from Chief Cathy Merrick.

He drinks tea with activists, eats corned beef hash with the Chief, and learns about the history of the dam, built on land that was never ceded, and Jenpeg, a town that now exists mostly in his memory. In building relationships with his former neighbors, Ali explores questions of land and power―and in remembering a lost connection to this place, finally finds a home he might belong to.

Kazim Ali was born in the United Kingdom and has lived transnationally in the United States, Canada, India, France, and the Middle East. His books encompass multiple genres, including the volumes of poetry Inquisition, Sky Ward, winner of the Ohioana Book Award in Poetry; The Far Mosque, winner of Alice James Books’ New England/New York Award; The Fortieth Day; All One’s Blue; and the cross-genre texts Bright Felon and Wind Instrument.

His novels include the recently published The Secret Room: A String Quartet and among his books of essays are the hybrid memoir Silver Road: Essays, Maps & Calligraphies and Fasting for Ramadan: Notes from a Spiritual Practice. He is also an accomplished translator (of Marguerite Duras, Sohrab Sepehri, Ananda Devi, Mahmoud Chokrollahi and others) and an editor of several anthologies and books of criticism. After a career in public policy and organizing, Ali taught at various colleges and universities, including Oberlin College, Davidson College, St. Mary’s College of California, and Naropa University. He is currently a Professor of Literature at the University of California, San Diego. His newest books are a volume of three long poems entitled The Voice of Sheila Chandra and a memoir of his Canadian childhood, Northern Light.

Natalie Diaz is the author of Postcolonial Love Poem and When My Brother Was an Aztec, winner of an American Book Award. She has received many honors, including a MacArthur Fellowship, a USA fellowship, a Lannan Literary Fellowship, and a Native Arts and Cultures Foundation Artist Fellowship. She is Mojave and an enrolled member of the Gila River Indian Tribe. Diaz is the Maxine and Jonathan Marshall Chair in Modern and Contemporary Poetry at Arizona State University. 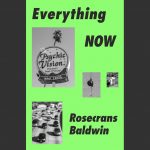 LOCAL>> Rosecrans Baldwin – Everything Now: Lessons from the City-State of Los Angeles 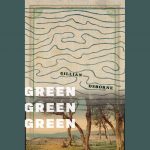