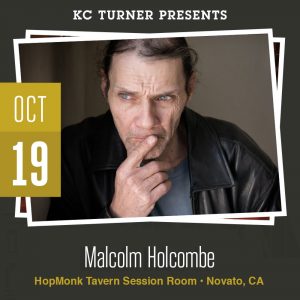 On the North Carolina side of the Southern Appalachians, the land still retains its secrets.

It’s a place of paradoxes, where poverty is handed down from one hardscrabble generation to the next in towns passed over by the New South progress that gives a city like Asheville its bourgeois charm.

It’s a resilient pocket of wilderness where a small band of Cherokee once disappeared into the misty hollers to wait out the white man’s ire, back in the deep woods where old growth timber blocks out the sunlight and compass needles sometimes spin crazily and the trappings of civilization give way to things beyond human understanding.

On the cusp of releasing his 13th studio album — “Come Hell or High Water,” on Singular Recordings — singer-songwriter Malcolm Holcombe is a both a part of and apart from those Blue Ridge hills, a Southern folk golem brought to life by the deeper mysteries that give these hills so much of their folklore.

His songs surpass conventional explanation but summon forth a combination of awe and primal longing, an ache to understand the great questions of the human condition. Malcolm may not have the answers to those questions, but his songs are drawn from the same waters that begin as a trickle in the deep woods: wild, untamed, filled with the whispers and roars of all the mysteries and wonders those hills contain. And like the region’s otherworldly manifestations, they come from a place that transcends easy understanding, even by their creator.

“It’s not for me to judge what people think or ascertain from the tunes; they get what they get out of them,” he says. “I try not to think about it or get too analytical about any of it. They’re just built through personal experiences and living my life with family and friends, and by the grace of the good Lord, I’m able to be of service and offer some stories.”