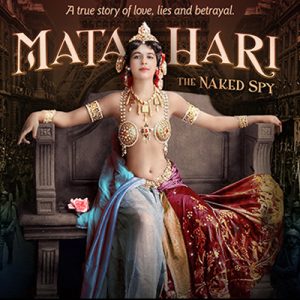 A true story of love, lies and betrayal

Special Screening of Mata Hari The Naked Spy at the Smith Rafael Film Center with Director Susan Wolf in person.

“The story of Mata Hari is that of a woman who triumphed over misogyny and then, when she least expected it, fell victim to it in the most horrible way. … “The Naked Spy” is a good place to make her acquaintance.”  – Mick LaSalle, San Francisco Chronicle

As a free-spirited and independent woman, Mata Hari struggled to attain sexual freedom, artistic expression and liberation from the constraints of conventional society. Now, newly-discovered documents cast doubt on her guilt and reveal startling truths about her life.

Was she a dangerous spy, whose boldness and sexuality threatened the establishment, or a victim entangled in a climate of blame and desperation as WWI dragged on?

Q & A following the film with Director Susan Wolf

Q & A following the film with Director Susan Wolf