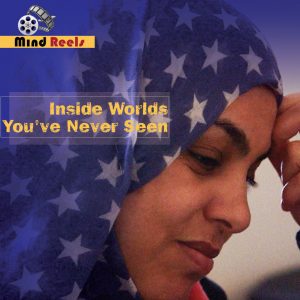 Seven thought-provoking documentaries throughout the month of October through December that will take you inside worlds you’ve never been before.

Peek into the elusive mind of beloved comic Robin Williams; the amazing achievements of victims of a life on Skid Row; private conversations with the real smugglers of Syrian refugees; an intimate look at the day to day adjustments of immigrants newly arrived in this country; the surprising turnaround story of a filmmaker’s family; and what happens to the brave women who serve our country once they leave the military.

ROBIN WILLIAMS: COME INSIDE MY MIND
The Frenzied, Roller Coaster Life of a Comedic Genius

This is a FREE event! Must RSVP before showtime.

A funny, intimate and heartbreaking portrait of one of the world’s most beloved and inventive comedians, Robin Williams: Come Inside My Mind is told largely through Williams’ own words, and celebrates what he brought to comedy and to the culture at large, from the wild days of late-1970s L.A. to his death in 2014.

Marina Zenovich (Emmy winner for HBO’s Roman Polanski: Wanted and Desired) directs. The film explores his extraordinary life and career, revealing what drove him to give voice to the characters in his mind. With previously unheard and unseen glimpses into his creative process through interviews with Williams, as well as home movies and onstage footage, this insightful tribute features in-depth interviews with those who knew and loved him, including Billy Crystal, Eric Idle, Whoopi Goldberg, David Letterman, Steve Martin, Pam Dawber and his son, Zak Williams.

SKID ROW MARATHON
Changing Lives One Step at a Time

When a criminal court judge starts a running club on LA’s notorious skid row and begins training a motley group of addicts and criminals to run marathons, lives begin to change.

Skid Row Marathon follows four runners as they rise from the mean streets of LA to run marathons around the world, fighting the pull of homelessness and addiction at every turn. Their story is one of hope, friendship, and dignity.

HUMAN SMUGGLERS
Salvation or Exploitation – The Cost of Finding Freedom

For the first-time human smugglers, will reveal – on camera – the secrets of their trade. We offer an inside and real picture of the industry that has brought millions of migrants to Europe within a short span of years. When Europeans Politicians promise to put an end to the uncontrolled and illegal influx, this is the force that they are up against.

An astonishing insight to how one of the largest travel agencies in the World – human smugglers – operate: offering tailor-made travel arrangements to individuals and groups according to their financial potential, producing false documents and insight to different routes and departure beaches. Working together, competing, networking and mingling as in other industries, only here under the pressure of being illegal.

You will also meet the relentless fight to get smugglers behind bars personated by an Italian prosecutor that was born in mafia-infested Palermo and believes the smugglers are all the same. But, do we find a little heart in the job they do?

THIS IS HOME: A REFUGEE STORY
Syria to Baltimore – Welcoming the Stranger

“Sure to remain the only film in history with executive producer credits for both Princess Firyal of Jordan and blockbuster horror merchant Jason Blum, This Is Home: A Refugee Story brings warmth and communal spirit to the table as it follows the travails of four Syrian refugee families finding their collective feet in Baltimore over the course of eight months.

Largely foregoing mawkish sentimentality and ripped-from-the-headlines rhetoric for practical nuts and bolts, this straightforward heart-tugger casts a deserved spotlight on the work of the International Rescue Committee, foregrounding the everyday tasks and processes — from language lessons to fundraisers to the simple challenge of grocery-shopping — that make refugee resettlement possible.” — Variety

51 BIRCH STREET
How Well Do You Really Know Your Parents?

“That’s the compelling, universal hook for Doug Block‘s 51 Birch Street, an irresistible mystery in the form of a documentary about an ordinary family — his — who finds out it’s not quite, and never was, what it seemed to have been, even to the people living in it.

“The great enigma at the core of this movie is the one at the heart of every family: Who are these people, our parents? How much can we really know about them, and how much do we want to know?” — Roger Ebert

SERVED LIKE A GIRL
The Long Road Home: From Active Duty to Ms. Veteran America

Director Lysa Heslov‘s documentary, Served Like a Girl, provides a candid look at several American women as they transition from active duty to civilian life after serving tours of duty in Iraq and Afghanistan. Our wounded U.S. female service personnel often return to a stark reality, one that is rarely discussed or considered.

Guided by event founder and veteran, Jas Boothe, the women leverage their experiences gained through competition to recover the parts of themselves and their personal identities they had lost on the battlefield. Called “Engaging, Honest and Powerful,” this film is a beautiful tapestry interlaced with poignant moments, social commentary, and humor.

The Force is a 2017 documentary film directed by Peter Nicks. The documentary describes two years of efforts by the Oakland Police Department to implement reforms against police misconduct and scandals, at a time of growing social unrest, protests demanding increased police accountability, and ongoing federal oversight. 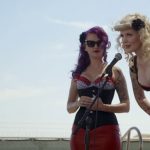 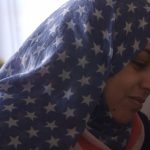 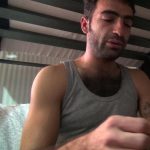 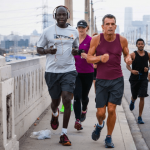 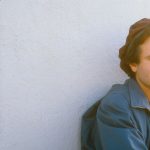 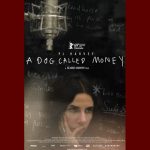