This new performance will be led by Daniel Lewin, our concertmaster. Mr. Lewin has performed extensively throughout the United States, Canada, and Europe. He began his musical training at the age of six, studying piano with Edmund Arkus and violin with Benno Rabinof. He played with the Metropolitan Opera Orchestra, the Brooklyn Philharmonic, the Houston Symphony, San Antonio Symphony, and the Spoleto Festival in both Charleston, S.C. and Spoleto Italy. Mr. Lewin plays a violin made in 1667 by Jacob Stainer.

ECHO Chamber Orchestra was initiated by a group of working musicians who are interested in a more collaborative experience of orchestral music. They play in other prominent Bay Area orchestras, including the San Francisco Symphony and Ballet, the Marin Symphony, the Santa Rosa Symphony and the San Jose Opera. The players choose the music and programming ideas along with Daniel Canosa, our conductor. He is the artistic director and conductor of Marin Baroque, the Apollo Symphony Orchestra, and an active guest conductor with the Veridian Symphony and the Camilla Symphony Orchestra among others.

ECHO’s concerts are an intimate and family-friendly event. A complimentary wine reception with musicians will be held immediately following the performance.

$20 Suggested donation at the door 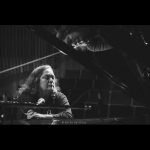