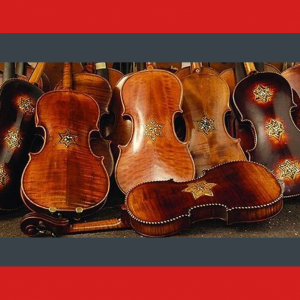 Through the combined efforts of this partnerships, today we present a program within the Violins of Hope tour that has never been presented before.

THE VIOLINS OF HOPE: The Violins are a collection of 70+ string instruments originally owned and played by European Jews in ghettos and Nazi death camps during WWII, which have been lovingly restored over the past two decades by renowned Israeli violin-makers Amnon and Avshalom Weinstein.

Concentration camp musicians owed their lives to their instruments. The music they played lifted them above their cruel, day-to-day reality. It gave the musicians hope. And did the same for their fellow Jewish inmates. “Hope is a stubborn thing,” says Weinstein. The legacy of Jewish hope drives Weinstein to restore every Holocaust violin he can get his hands on to make them speak again. These instruments are the focal point of an impactful initiative designed to promote the power of hope through music, reaffirming that the voiceless can indeed have a voice as we reiterate our responsibility to “never forget”

ABOUT NCCO: The New Century Chamber Orchestra, founded in 1992, looks for fresh, exciting ways to present classical music in the San Francisco Bay Area by combining performances of extraordinary quality with innovative programming. One of only a handful of conductorless ensembles in the world, New Century is comprised of local musicians and those who travel from across the U.S. and Europe to perform in the Bay Area together.

Special $15 ticket for those 35 and under 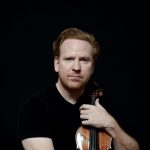 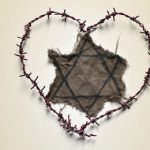