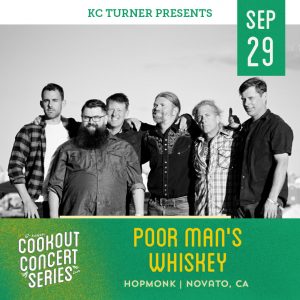 Poor Man’s Whiskey has been growing exponentially in the past 5 years selling out venues across the country such as the legendary Fillmore in SF. This “High-Octane Hootenanny” will certainly delight those interested in a foot-stompin’ good time.

Poor Man’s Whiskey has evolved into a ragged, spontaneous beast pulling from equally deep wells of story-telling originals, expertly crafted covers and zany on-stage shenanigans. PMW has released 6 studio albums and have a stunning repertoire to choose songs from creating a new show every night.  Crowds of all ages will sing, dance and have a good time!