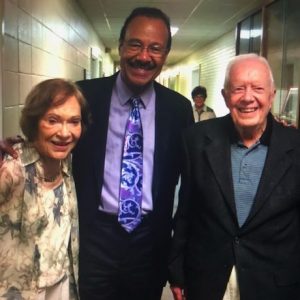 Music, Latin dancing and dinner. Fundraiser for The Carter Center.

Join us for dinner, swag, photos and talks with human rights journalists, youth activists and more, as we honor Carter.

Proceeds will be donated to The Carter Center.

President Jimmy Carter, the Father of the Solar Age and the Rock’n Roll President (just ask Bob Dylan) turns 95 years old and we are celebrating a living president who sets the standard for honesty, integrity and vision!

JOIN US – WE ARE MAKING HISTORY!

For the first time, the office of State Senator Mike McGuire of California shares:

This is a grassroots movement by the people and for the people, calling themselves “The Carter Posses” (coined by legacy activist Peter Coyote), a movement with events building for three years. The first weeklong jamboree in Carter’s name began on the final day of the 50th anniversary of the Summer of Love Festivities, October 1, 2017.

And why is Carter the Rock’n Roll President? Just ask Bob Dylan who refused a Musicares Award for two years until Carter agreed to present it! Carter said “musicians have more power than any head of state. And it’s great to see people taking care of their own.” 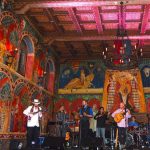