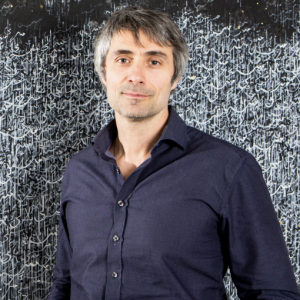 Over the past few years, the outpouring of stories of sexual harassment and violence perpetrated by men against women of all ages and backgrounds has catalyzed significant movements—#metoo and #timesup among others—around women’s rights, particularly in the workplace.

Following closely the staggering number of accounts voiced by women and compelled by the importance of the new movements, noted French philosopher Raphael Liogier has used his own academic expertise to put to words his own personal sense of disgust and dismay.

In his English-language debut, Heart of Maleness: An Exploration, Liogier offers an incisive critique of the Western cultural construct of “maleness.” He traces ideas of virility and its “negative corollary,” femininity, to the archaic practice of “measuring a man’s status by the number of women he possesses,” and argues that in order to solve gender inequality society must break down the “fantasy” of male dominance.

His new book focuses on everything from serial abuser Harvey Weinstein to Donald Trump to Hollywood stereotypes about women’s consent. He also offers French President Emmanuel Macron’s marriage to a woman 25 years his senior as an example of a liberated relationship.

He offers a clear call for men to reexamine the ways they’ve been conditioned to view and desire women, and for society to rethink its concepts of maleness and male dominance even as he says it continues to imply that the female free will is somehow deficient.

Please join us for a unique and important conversation on the crucial work that still needs to be done to change how we think about gender.

Premium tickets include seating in the first few rows and a copy of Heart of Maleness: An Exploration.