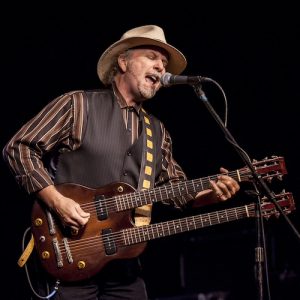 For nearly 30 years Roy Rogers & The Delta Rhythm Kings have continued to bring the blues to its legions to fans around the world. He was indeed named for the singing cowboy.

A singer himself and also a master slide guitarist with a distinctive and instantly recognizable style. He has recorded with Miles Davis, Taj Mahal and recorded two albums together in a band with former Doors keyboardist Ray Manzarek.

A night with the Roy Rogers and The Delta Rhythm Kings features classics and originals ranging from the acoustic slide blues of Robert Johnson, Lighting Hopkins to the rockin’ blues of John Lee Hooker and Muddy Water.

There is something instantly recognizable in Charles Henry Paul’s songwriting. Blending the themes and traditions of old time american music into carefully crafted songs, Charles Henry Paul has a voice all his own.

As a lifelong student of music and musical traditions, Charles Henry Paul treats his music like a living, breathing history of America. His concerts showcase a timeline of traditional American music, blending acoustic guitar, old-time banjo, and mandolin together to paint a portrait of an America seldom seen in popular music today. His songwriting is steeped in tradition, strong roots, and nature, yet brings a modern take on common themes. It is both easily relatable and recognizable. 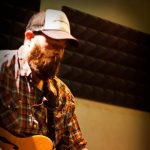