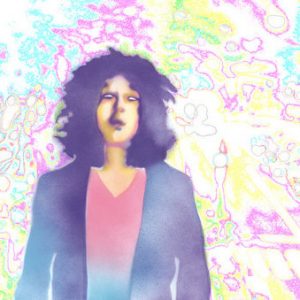 An evening of experimental music presented by (((folkYEAH!))) in the GRATE ROOM

Shintaro Sakamoto is a Japanese music composer, producer, writer and singer based in Tokyo. He began his career in 1989 as a member of the rock band “Yura Yura Teikoku”, where he played guitar and sang.

Gary Wilson emerged from New York’s DIY movement with 1977’s proto-New Wave masterpiece You Think You Really Know Me, an extraordinary record which has been known to suck unprepared new listeners in like a drug and never let go. Shortly after its limited release its creator simply vanished.  He continued making music in the years following his “disappearance.” His music continues to chronicle his obsessions and angst that his followers would expect from him. His songs have been compared to everything from Prince to Talking Heads–bursting with electro-funk, synth rock, lounge, soul, and avant-garde jazz.

Formed out of the primordial creative ooze of the San Francisco Bay Area, Oakland’s Once & Future Band is Joel Robinow (keyboards, lead vocals), Raze Regal (guitar, vocals), Raj Ojha (drums, recording) and Eli Eckert (bass, vocals). For over a decade, Joel, Raj and Eli had worked together (in various combinations) with several bands and projects, including Drunk Horse and Howlin’ Rain. Throughout those years, they often spoke of forming an outlet into which they could combine their love of 60s and 70s psychedelic pop, jazz-rock, fusion and progressive rock, in addition to their myriad other musical fascinations.