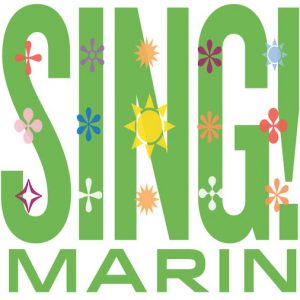 Singers Marin – Wings of Song
Founded in 1987 by Artistic Director, Jan Pedersen Schiff as a women’s chorus, Wings of Song, Singers Marin today is an association of choruses for amateur and professional singers, including youth and adults, that provides expert training in vocal skills and musicianship, while presenting charitable performances and high quality concerts for the local community and beyond.

Rita and the Cosmos
A Marin based a cappella singing group of six sassy gals. Our group was formed in 2005 when Rita assembled some musically inclined friends. Our repertoire includes a mixture of standards, jazz, pop and Broadway tunes, featuring original, upbeat, four part arrangements that will get your fingers snapping and your toes tapping!

Marin Golden Gate Barbershop Chorus
A group of men who love to sing in the close harmonies of the Barbershop style.

Dotter’s Knot
Brings a fresh approach to some old familiar ren faire favorites, as well as introducing the audience to some little known material drawn from traditional folk music, with a smattering of original pieces. We feature memorable, sing-able, audience-pleasing melodies, and intricate harmony.

Marin Harmony
Specializing in doo wop and jazz arrangements, has been in existence for 13 years, formerly known as Urban Harmony. A  fun loving community bringing joyous entertainment to audiences and each other, and prize-winner at the Marin County Fair in 2010.

Scales of the City
A San Francisco co-ed a cappella group that performs all around the Bay Area. Based on the model of a collegiate glee club, we’re a group of performers who love singing pop music from our childhoods and today, with a sprinkling of show tunes just for kicks.