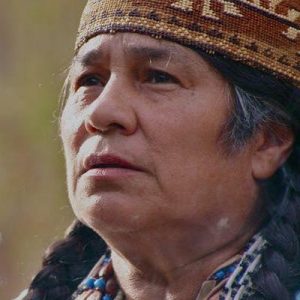 This series exposes threats to native peoples’ health, livelihood, and cultural survival in eight communities around the world.

Rare verité scenes of tribal life allow indigenous people to tell their own stories—and confront us with the ethical consequences of our culture of consumption.

Pilgrims and Tourists: Around the world, indigenous communities stand in the way of government megaprojects. In the Russian Republic of Altai, traditional native people create their own mountain parks to rein in tourism and resist a gas pipeline that would cut through a World Heritage Site. In northern California, Winnemem Wintu girls grind herbs on a sacred medicine rock, as elders protest U.S. government plans to enlarge one of the West’s biggest dams and forever submerge this touchstone of a tribe.

Further screenings of the Standing on Sacred Ground series are:
May 19, September 8 & November 17