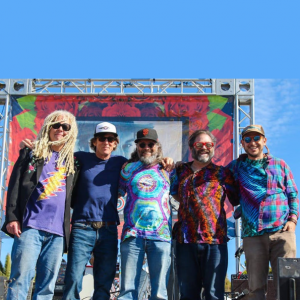 Grateful Dead tribute band The China Cats have been filling dance floors throughout California for ten years with the same lineup intact. That tenure shows in the band’s ability to breathe like a living organism, ebbing and flowing, turning on a dime.

This is not one guy and pickup players but rather a group of five talented and experienced musicians who’ve grown together and seamlessly anticipate each other’s moves. Like the Dead, the China Cats do not repeat songs from one night to the next, and can pull anything from the Dead’s vast catalog on any given night.

Over the years, the band has backed up Donna Jean Godchaux and performed with Melvin Seals. Bandmembers include Matt Hartle, Scott Cooper, Steve Sofranko, Roger Sideman and Michael Owens.

Zach Nugent’s playing is soulful, rootsy and organic, the kind of sound that grows out of the music naturally and effortlessly. He gigs almost nightly, singing and improvising in different projects around town and around the country.

A lifelong Grateful Dead fan, Zach has a musical resume with that one vital, matchless feature: as far back as he can remember, music has been an integral part of his life. 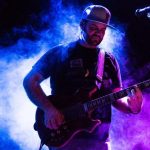