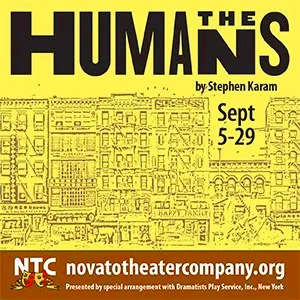 The play, by Stephen Karam, opening on September 6 and running until September 29 is directed by the award winning Patrick Nims.

The Humans won four Tony Awards in 2016, including best play and was a finalist for the 2016 Pulitzer Prize for Drama.

In this funny, sad and altogether gripping story, we witness the Blake family’s tragedies and triumphs as they gather for Thanksgiving dinner and struggle with the challenges of being human.

“The Humans is a very funny play with an unassuming beginning that drives to a shattering conclusion.  The Humans presents a normal family with common modern problems like ailing elders, student loans, lost loves and hidden tensions, while at the same time revealing how little we’ve changed in 200,000 years, and how the basic primal fears and terrors that confronted us then, continue to haunt us now” explains Patrick Nims.

Tickets and subscriptions to the entire season are available at our website and by email. 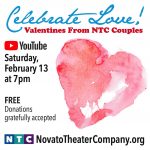