The Sons of Champlin 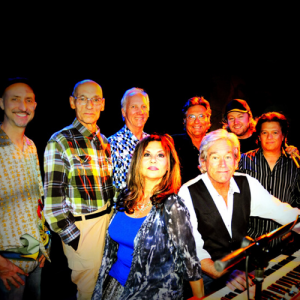 Labor Day BBQ ON THE LAWN!

The Sons of Champlin started in 1965 in Marin County, California, rising from the wreckage of the Opposite Six, a locally popular R&B band from the pre-Beatle era.

“Six” members, Bill Champlin and Tim Cain, added Terry Haggerty and the first of a series of drummers and bass players. The new band was named for the “front” man, Bill Champlin.

In 1967 the Sons of Champlin became a seven-piece band, adding a trumpet and more importantly, Geoff Palmer on keyboards, alto sax, and vibraphone. By this time the San Francisco scene included the Fillmore and Avalon ballrooms, and as the Sons joined that rock circuit, they earned a reputation as a group of R&B and jazz musicians far above the caliber of the electrified folk-rockers who formed the core of the scene.

Not only did the Sons boast a horn section, their philosophical themes, R&B and jazz tempos and arrangements were far ahead of any in rock music, and set the Sons apart from the guitar-dominated bands playing the San Francisco ballrooms.

Despite developing a fanatic fan base in a number of regions, the national breakthrough never arrived, and in 1977 the members dispersed to other projects.

However, their fans never forgot the Sons of Champlin and continued to spread the word and the music. After a twenty-year hiatus, the Sons reunited for a series of successful reunion gigs in 1997.

The Sons of Champlin continue to perform and consist of: