The Well Known Strangers at Jason's 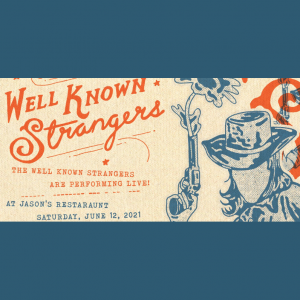 The Well Known Strangers were thrilled to announce a string of Bay Area shows and play to live audiences once again – outdoors and socially distanced, of course.

Fresh off of the release of their new EP King Tide, The Well Known Strangers have been bringing their brand of California Country Soul to fans thirsty for live music, to a variety of local shows in Marin and San Francisco this spring.

Friends and followers have been able to catch the band playing COVID-compliant shows outside at Glazed & Confused in downtown San Rafael, Peri’s Saloon in Fairfax, and now Jason’s in Greenbrae on Saturday, June 12, 5:30 – 8pm, and more across the Bay Area.

For further information on The Well Known Strangers and updates to their live shows and music, please visit their website.