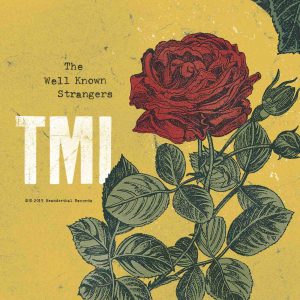 The Well Known Strangers are proud to announce their upcoming show at the Sweetwater Music Hall in Mill Valley on Sunday, September 15 in celebration of the release of their new album TMI.

The evening will be a celebration of the past and future and, along with great music, guests will be treated to buffet of delicious Sweetwater fare.

The Well Known Strangers revel in the country soul genre and feature:

From life’s journey to a simple sunset; from a random bar room encounter to the love of a lifetime; from a long day at work to the tribulations of a generation. It all combines and intertwines, lurching backwards and then inching forward, painting a picture of who we are individually and collectively.

Vinyl and CD copies of the new album will be available at the show.

Olivia Hellman sang lead vocals on the album and now resides in Nashville where she is busy writing songs, recording music and playing live. The album was produced by Austin de Lone and The Well Known Strangers. It was recorded and mixed by Tyler Crowder at 25th Street Recording in Oakland; mastered by Ken Lee. Executive producer is Mick Hellman; management and booking by Colleen Gallagher and album art by Patrick Sean Gibson. 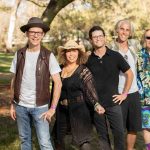