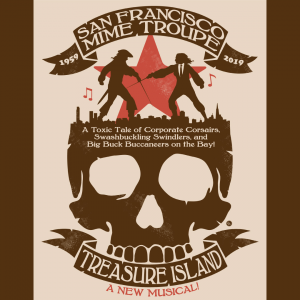 Is it the mythical isle of wealth and pirates, or the artificial island in the Bay – or both?

Treasure Island – is it the mythical isle where untold wealth awaits marauding pirates, or the freezing cold, artificial island in the middle of San Francisco Bay awaiting cut-throat developers? Or is it both?

That’s the question for Jill Hawkins when an old sea-dog of a developer drops anchor in her office at City Hall, and drops a mystery in her lap. “Developers…they scour the map looking for cities with fat purses, ready to be plundered, damn the regulations!”

But if Treasure Island is such a wonderful opportunity why has no one developed it yet…? What about the people who live there now? And who is the one-legged developer Hawkins was warned about?