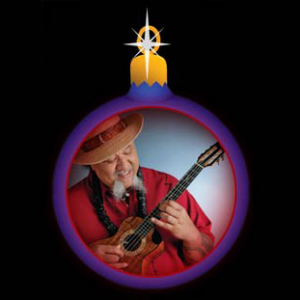 When the Honolulu Pulse said, “Willie K can play or sing almost anything an American audience might ask for,” that wasn’t hype, it was the literal truth.

The Hawaiian phenomenon Willie K is undoubtedly the only artist in the world who can go into an Irish pub in the middle of Maui and play anything from indigenous acoustic Hawaiian music to jazz, reggae, rock, country and even opera— and not only get away with it but leave everyone within earshot slack-jawed in astonishment.

No less than Prince was a huge fan, calling Willie K a “funky mother#%@&er,” while another avowed fan is a fellow Hawaiian who goes by the name Barack Obama.

“My father was a great influence,” says Willie K. “He groomed me to be where I am today. He was just as diverse as I am—the guy knew how to play everything: jazz, blues and Hawaiian.”

As part of a family band—he was the second of nine boys and four girls—Willie learned how to play every instrument that might be needed in the show, from guitar and bass to the ukulele, quickly becoming a virtuoso on each. And he learned how to make music in virtually any genre that might please an audience.

That eclecticism is evident on the amazing DVD release, Willie K Live at Mulligan’s On the Blue, and the stunningly diverse CD Live at Hapa’s. His other albums released over the past two decades are devoted to everything from pure traditional Hawaiian music to Christmas tunes.